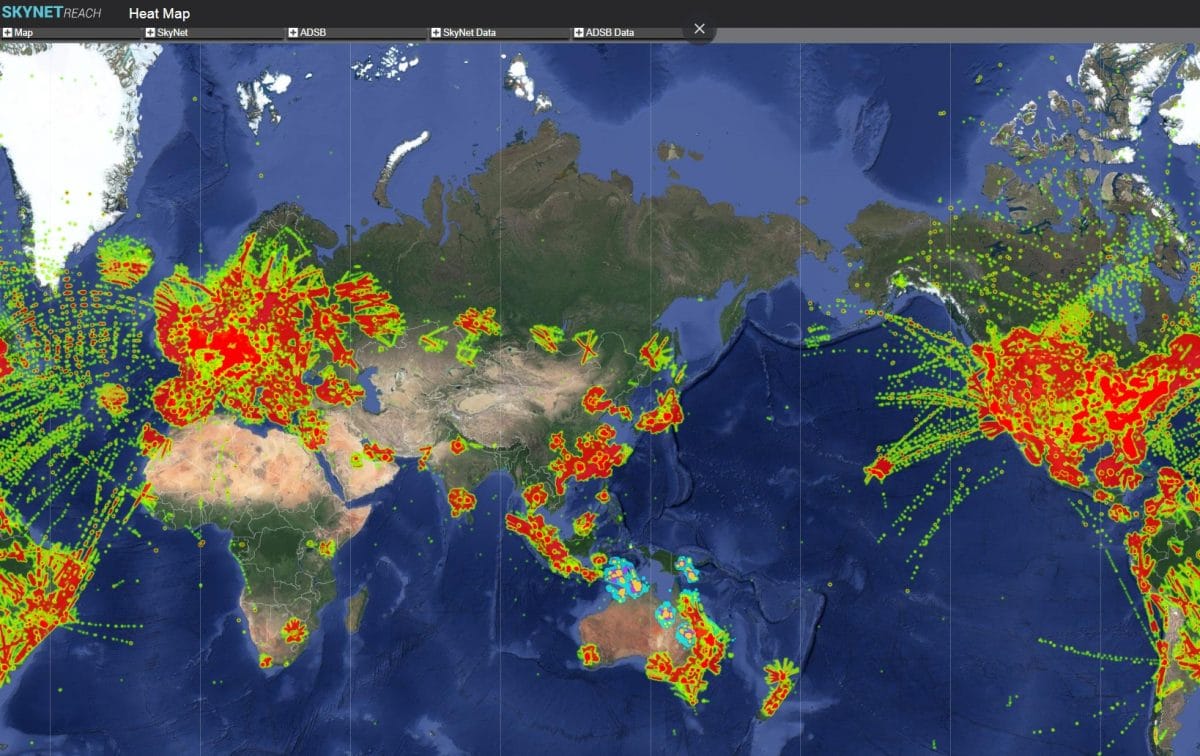 In Australia, the aviation ADS-B mandate is clear: if you’re flying anything larger than the smallest simplest aircraft, you have to install it. As with any innovation driven by regulator policy, it means the game has changed. And it is not just here: similar policies are rolling out worldwide.

Offering greater visibility, tracking and operational awareness, ADS-B means you know where every single one of your airborne assets is as soon as 1 second ago. Yes, radar and satellite tracking are great. ADS-B is however, easier to use, costs less and is more accurate.

This matters for all fleets, but especially if your operations revolve around aeromedical, oil and gas and search and rescue. In other words, if at least some of your fleet is rotary wing and you’re are operating in areas that aren’t covered by existing public ADS-B networks.

So, while traditional ADS-B is superior to radar and satellite, it has drawbacks. This is where private ADS-B comes into its own.

To give a quick recap of public ADS-B, the acronym stands for Automatic Dependent Surveillance – Broadcast. It’s a technology that helps an aircraft determine its position via GPS satellite and periodically broadcast this – plus other data, such a speed and altitude – on a public radio frequency.

These transmissions are picked up by a network of ADS-B receivers that have decentralised ownership and management. Their data is freely available.

Flight tracking services, such as Flightradar24, then collate the public data into something usable by various customers. These customers include everyone from the operators of small airstrips right up to national carrier airlines. In sum, it is a robust and reliable system with a lot of redundancy. There are, however, some drawbacks.

First, as this ADS-B data is gathered by a decentralised public network of receivers, the coverage is lacking in areas where there is little public reason to have a receivers. Often these are places where aircraft tracking is crucial, such as out to sea and in remote areas.

Second, there is little privacy or security for operators who would rather their aircraft movements not be public knowledge.

Private ADS-B resolves both issues. However, to access a private ADS-B network means you must have your own receivers and the solution to manage the data they gather.

Over the past few years, SkyNet Aviation has taken the extraordinary step to build its own private ADS-B network that its customers can access. While it tracks aircraft across most of Australia’s coastline, the network’s customers have meant it focuses on Queensland and the Top End/Timor Sea to date. Yet, as more and more customers join the network, SkyNet partners with them to deploy more and more remote private ADS-B infrastructure.

Make no mistake, this network is already out there and in service. For example, one early adopter was Babcock Offshore, which, via SkyNet, can now track complete routes through remote Queensland and Northern Territory into the Timor Sea.

Flying beyond the public ADS-B network

Companies like Flightradar24 and Flightaware offer a great service – it’s why larger airlines rely on them. The big BUT is that these systems do not offer true flight following across 100 percent of the route flown. Instead, when an aircraft leaves airspace monitored by the contributor ADS-B network, these flight tracking services use flight path and ETA algorithms to predict the aircraft’s position.

However, many remote operators – especially offshore – are not covered by a contributor network for any part of the flight. And even if they are, the reality is they often don’t follow their scheduled flightpath. The pilot may have to go around weather, or decrease altitude, or make a detour to do a fly-by inspection of infrastructure.

For flights that do begin under the coverage of the public ADS-B network and then leave it for part of their journey, the common workaround is to switch to satellite communications. For that, however, the operator must foot the steep cost of high-resolution space-based tracking.

For example, the safety rules around personnel movements between the mainland and an offshore rig might require reporting of aircraft location on a 2-minute interval. When the aircraft drops off the land-based public ADS-B network, the operator switches to satellite tracking, which costs a lot for 2-minute reporting. However, having just one of your own private ADS-B transponders placed correctly could give you tracking on a 1-second interval for a 500km radius – all at a fraction of satellite tracking’s cost.

When a fleet manager is curious about private ADS-B, the first thing SkyNet Aviation will do is conduct a flight path audit. This analysis of their current operations generates a heatmap of any gaps in public ADS-B cover. SkyNet then proposes a 100% coverage solution down to the ground to fill those gaps.

Of course, if SkyNet is placing receivers to enable remote or hazardous operations, the customer needs to know the equipment is durable and reliable. So far, SkyNet has its receivers operating perfectly:

Meanwhile, the next receiver to be installed will be commissioned in the freezing Tasmanian wilderness. While most of the transponders are placed in comms rooms and only the antenna is exposed, freestanding and solar-powered units are soon to be rolled out.

All of SkyNet’s receivers are placed in locations specifically designed to provide the best route coverage or overlapping coverage sites for backup reliability at low-level altitudes. Beyond flight tracking, the SkyNet ADS-B solution also offers a range of back-haul communications options, including WiFi, mobile network, ethernet and satellite.

Of course, once you have full flight-tracking data, you must be able to harness it. SkyNet covers its customers there too with the Reach Day of Operations system. This is a dashboard that captures all the data relating to flight following, crewing, scheduling, maintenance and more into a single “pane of glass”.

It lets you see the status of all your aircraft, support systems and crew at a glance. Further, SkyNet Reach can even add a traffic layer, so you can see everything else in the air around your base too.

For example, at Mungalalu Truscott Airbase in the extreme north of Western Australia both the airbase’s operator and its major operator of aircraft each has a SkyNet receiver. It means each has their own service for full visibility of everything happening around them.

You can see how ADS-B is fast becoming the solution of choice for low-cost, real-time location update information for fleets around Australia and offshore.